Today 3 of us went to Guler Ice Cave – not far from Trout Lake Washington.  We parked at a Sno-Park and hiked in about 2 miles.  During the non-snow season you can drive right up to this cave.  The cave is part of a lava tube off of Mt Adams, and each winter fantastic ice formations are created in the cave.  The ice lasts most of the year – but the biggest quantity is late winter, which is right now.  This is the slickest ice I have ever walked on – it is perfectly smooth and very clear.  There were small “ponds” on the floor of the cave that appeared to freeze from the bottom up.  I am guessing some of them were about 12 inches thick.  There were also ice formations that went from the floor to the ceiling, some that formed from the floor, and some that formed from the ceiling.  I found it fascinating that the ones that formed from the floor looked like little ice people more than ice sickles.  There was even one grouping that reminded me of the nativity scene.

From the Ice Cave we walked back out to the main road and went up the road another mile or so.  Then we put on our snowshoes and walked into an area called Natural Bridges.  While snowshoeing in we passed a river that was oddly green-yellow.  It had ice at the bottom and the color was very green.  The photos below reflect the actual color.  The Natural Bridges are volcanic arches over a ravine.  I think this would be better seen during an off-snow season.  I have a feeling that many cool rock formations were buried under snow.  There were 3 natural rock bridges in this area that would be worth exploring in the summer.  You could also drive to this location once the snow melts.

During non-snow seasons a Northwest Forest Pass is required. 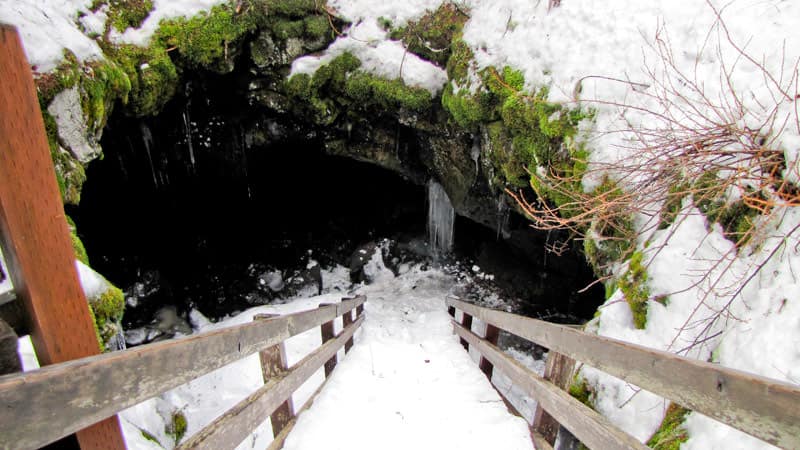 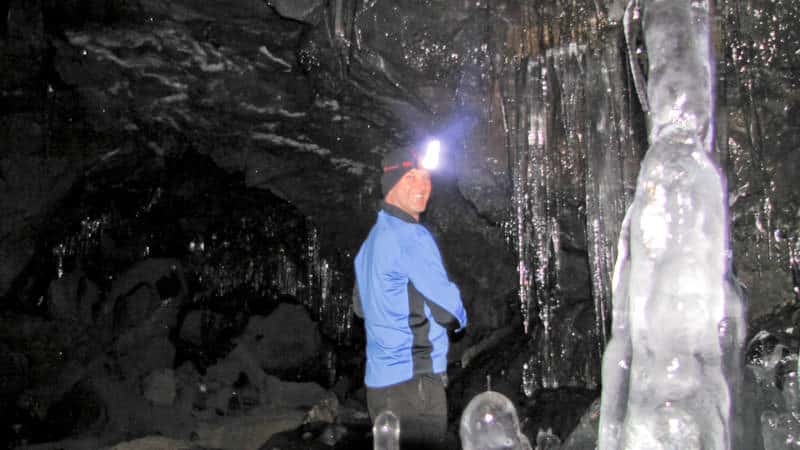 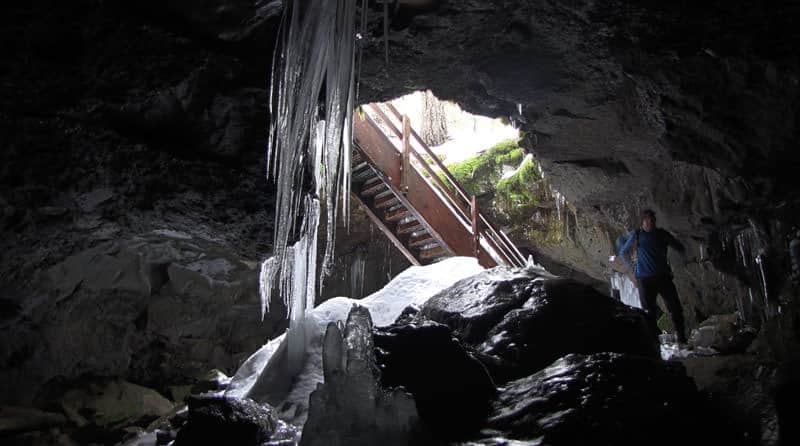 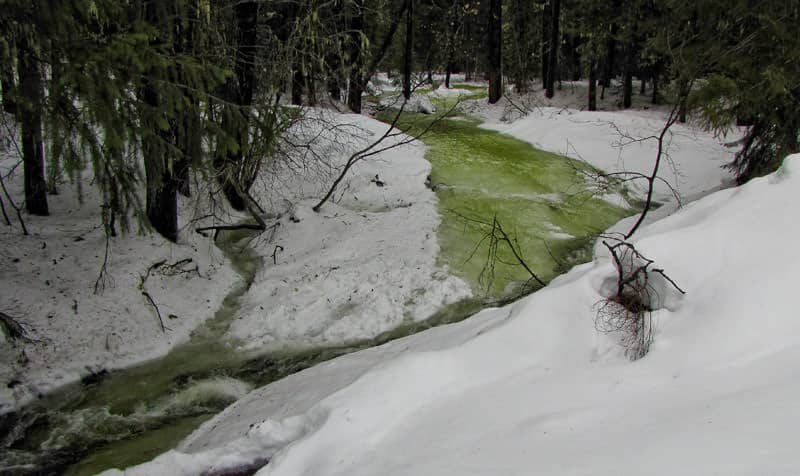 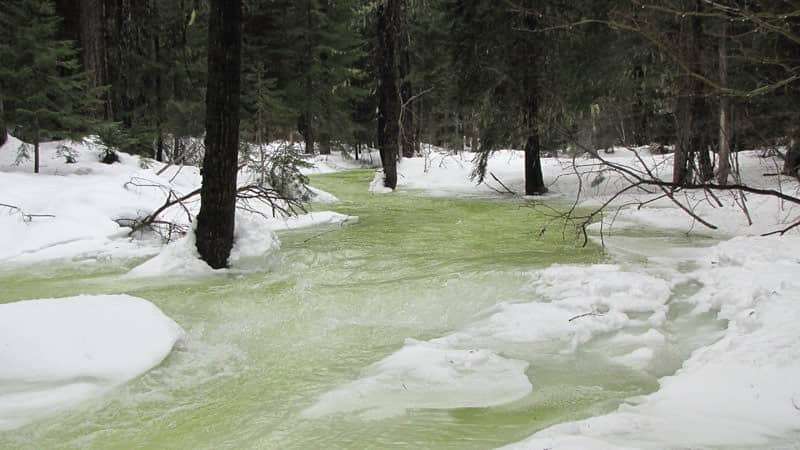 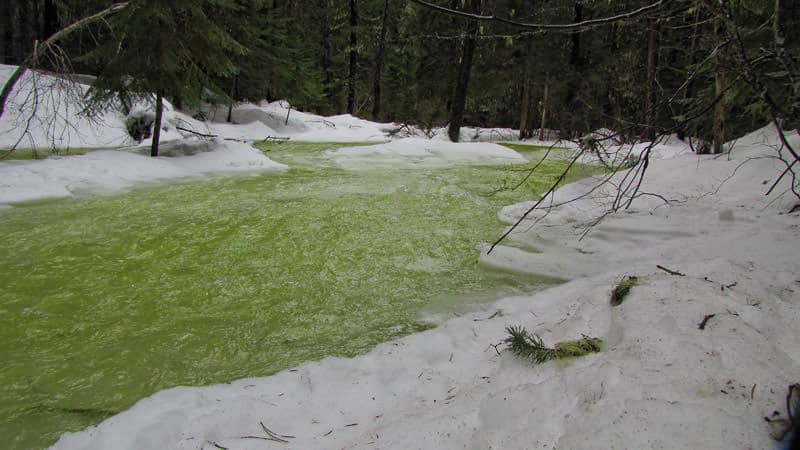 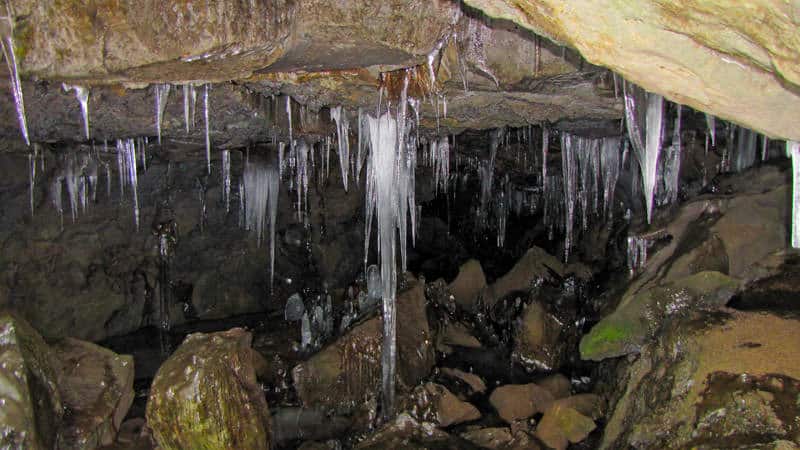 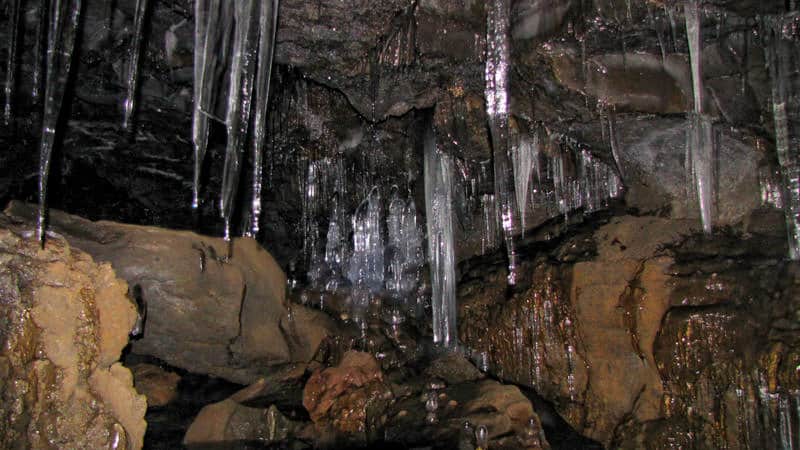 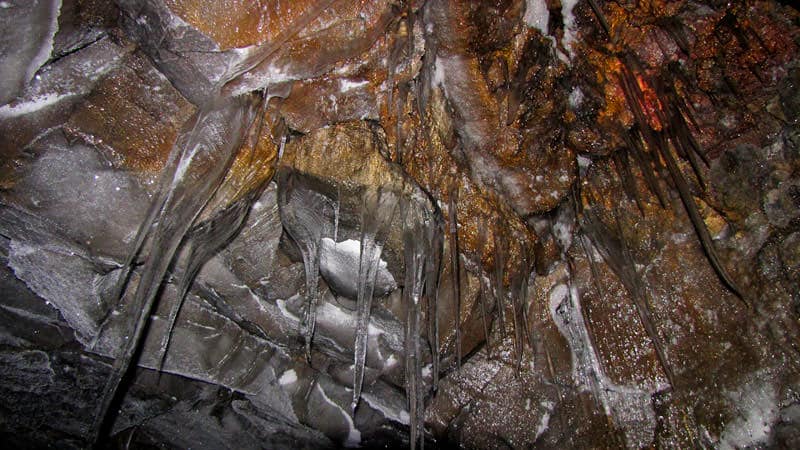 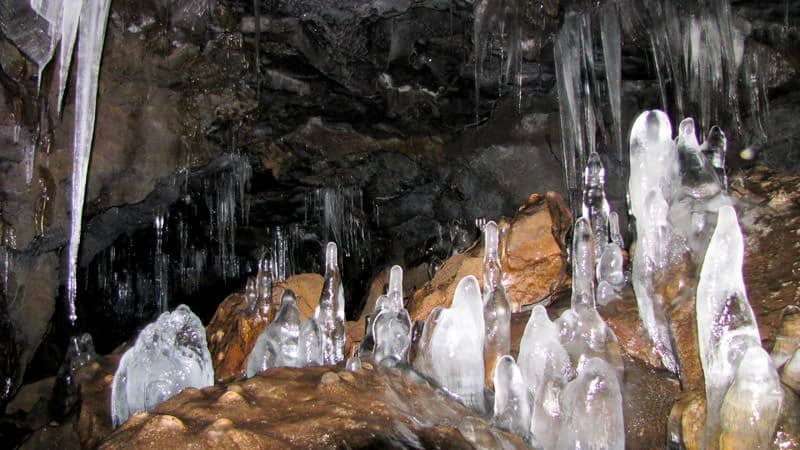 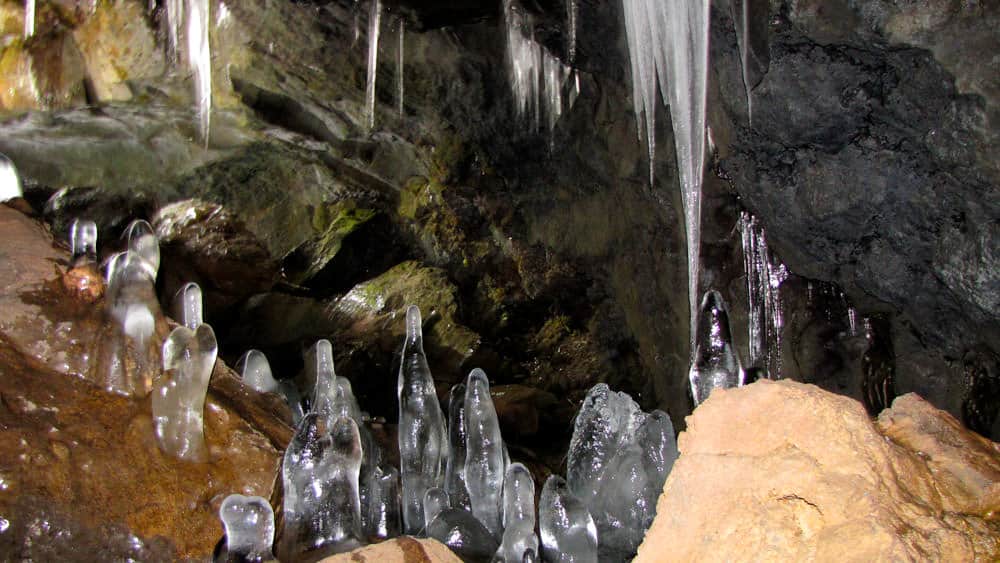 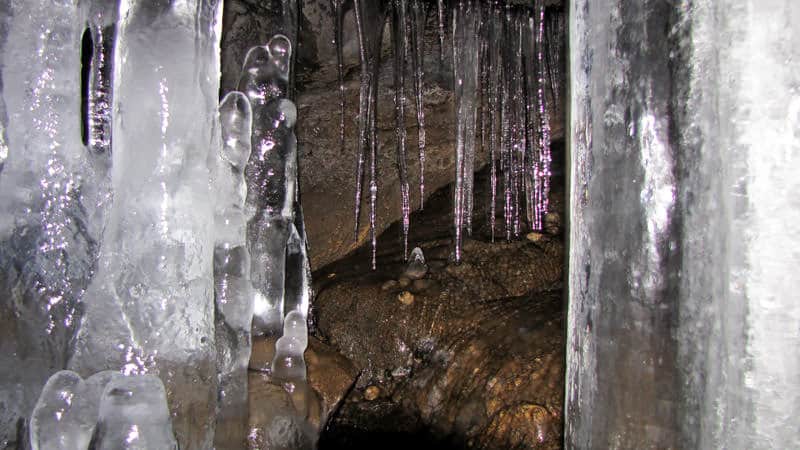 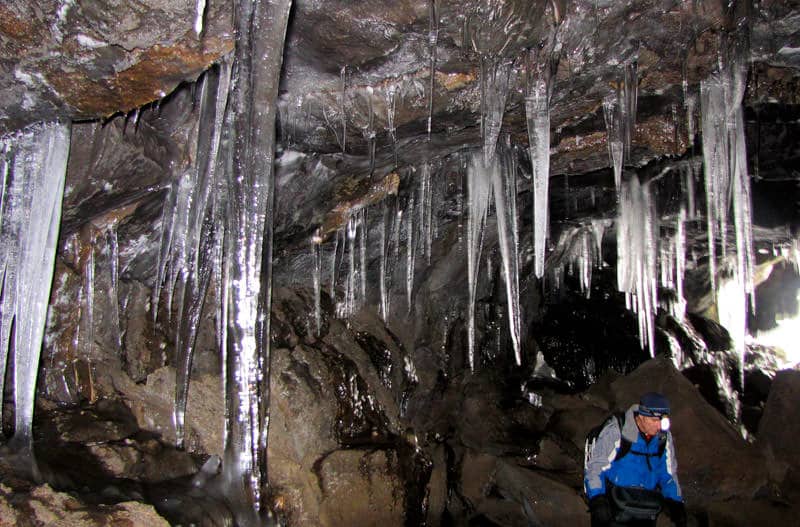 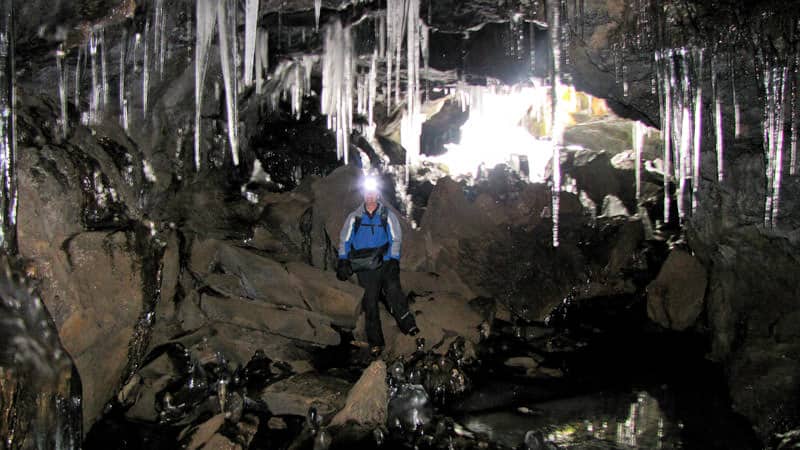 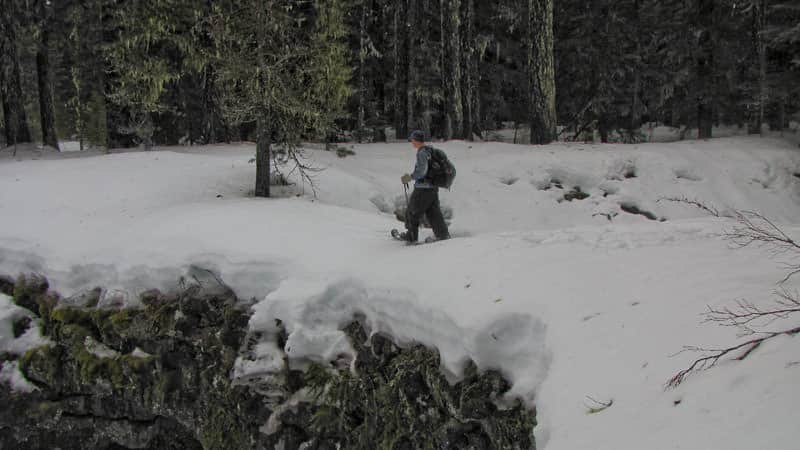 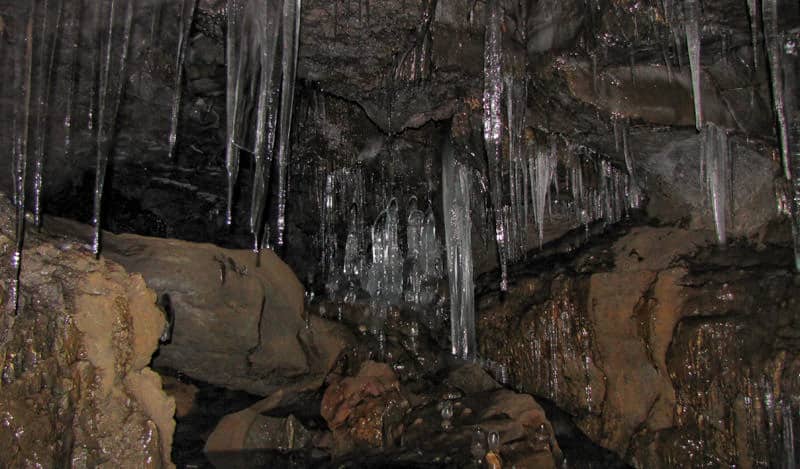 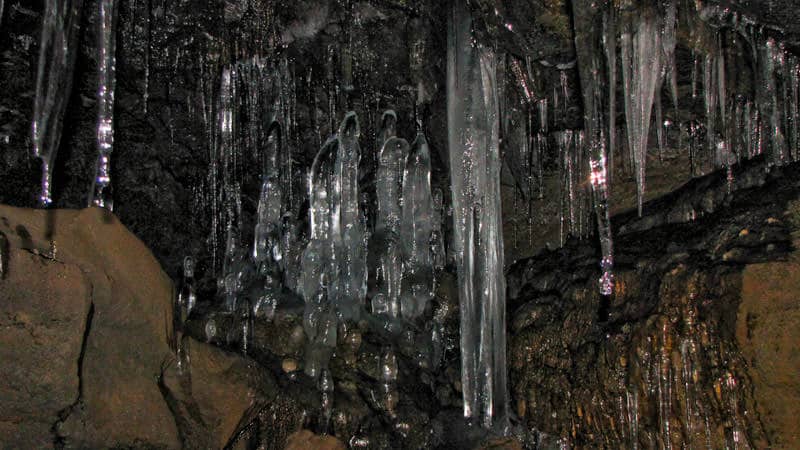 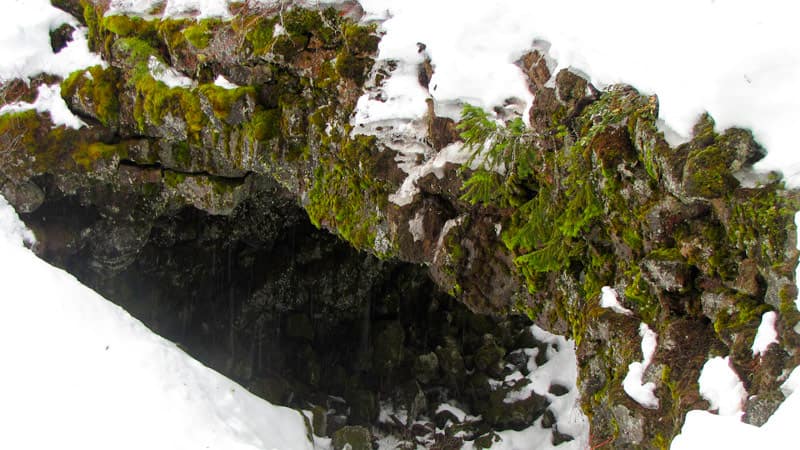